Our August club night falls on Monday, 31 August. Doors open 6:30pm for a 7pm start.  Special guest for the second half are Bluegrass and Beyond!  First half will feature local floor singers.  Email to reserve your spot in the first half. jenine@torkington.com.

If we are still at Level 3 Lockdown, this evening will be postponed.  At Level 2, we will have a maximum attendance of 40 people. Book your tickets here: https://whangateau.co.nz/event/august-club-night-with-bluegrass-and-beyond/31_08-2020-700pm/

As of Friday, 29 May, New Zealand Covid19 Alert Level 2 has been loosened to allow groups of up to 100 people. Accordingly, Whangateau Hall rules have been adjusted as follows.

For more information about using the hall, contact Jenine at 021 428 568 or jenine@torkington.com

Whangateau Hall will be re-opened as of Monday, 18 May 2020 under Covid19 Alert Level 2, subject to the guidelines below.

For more information about using the hall, contact Jenine at 021 428 568 or jenine@torkington.com

In the light of the current recommendations against public gatherings, and the risk to older members of the community, we will be postponing all concerts at the hall for the time being, unless something changes for the better in the next few weeks.  In the meantime, Enjoy a playlist of over 30 videos from past concerts at the hall:

For three decades Mark Laurent and Brenda Liddiard have been playing music together, part of that secret army of ‘indie’ musicians who fly just below the commercial radar, playing grass-roots, mostly un-plugged music throughout New Zealand, Australia and the UK.

Floor singers first half. Floor spots are two songs for a maximum total length of 8 minutes. All welcome, regardless of experience or ability.

Catherine ‘BB’ Bowness, who will be performing at Whangateau Hall on December 16th, was interviewed on Radio New Zealand this morning. Get a little preview of what we have in store! Eight time winner of the International Bluegrass Music Association’s Bass Player of the Year, Missy Raines and her trio are at the hall tonight. Tickets available at the door, $25. Show starts at 7:30pm. Hailing from West Virginia, Missy Raines was a member of Alison Krauss’ first all-female bluegrass band and has backed greats such as Claire Lynch, Mac Weisman, Kenny Baker, and Peter Rowan. With a smoky and seductive alto, Missy Raines heads up her own innovative and genre-bending trio out of Nashville, Tennessee.

Tickets to Missy Raines Trio at Whangateau Hall are now available through Event Finder. Don’t miss this legendary musician as she tours through our area! Tickets are $23 online, $25 at the door.

In 2017 Moon Moth formed in Yorkshire, England and quickly developed a unique style through their fusion of folk, jazz and pop. With this, their original songs take you on a mystical journey through tales of love, adventure and exploration.
Having performed around their local area developing their craft, Moon Moth then expanded their horizions, taking their sound to the South East of Spain in 2018, where they established residency gigs in various venues in the City centre and surrounding areas of Alicante.
With rythm guitar, punchy sax lines and smooth solos, combined with their stunning vocal harmonies, Moon Moth have often been described to share a similar charm to that of The Beautiful South.
Their live shows display an air of honesty with a slight theatrical edge, telling personal stories of their experiences from sleeping in caves, to living on hippy communes.
Dan (vocals/guitar) and Jade (lead vocals/sax) have both been practising their musicianship for over 25 years, performing and touring worldwide in various groups and appearing on formats such as the BBC. With a powerful vocal range and immense stage presence, you cannot help but to watch in awe the prfessionalism of Moon Moth. This always shines through as they give every performance 100% whether there are 5 or 500 people in their audience.
Through parts of England and Spain Moon Moth are known as a heartfelt and thought-provoking duo who aspire to be continually inspired by nature and new experiences and in turn, inspire others with uplifting tales of their surreal travelling ventures.
Sound cloud:
https://m.soundcloud.com/user-111279161
Instagram: @moonmothmusic
YouTube:
https://m.youtube.com/watch?v=u9INF-MbqJQ

The art exhibition by Arapeta Ashton June 28-30 2019 was very well received and attended. Below are some photos. 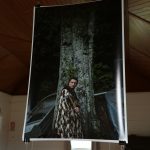 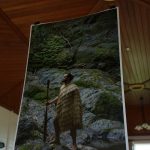 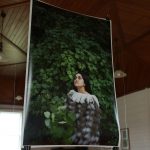 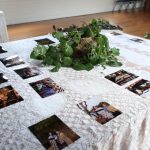 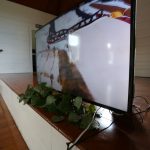 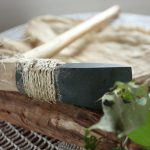 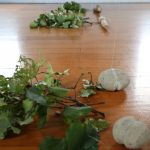 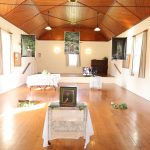 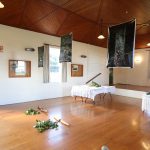